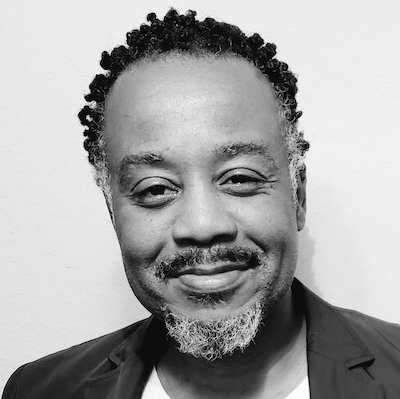 What are some of the unique challenges facing federal DEIA stakeholders today?

When I look out over the federal sector, there are three things that come to mind.

What are the best practices when finalizing or starting to implement an agency's strategic plan?

The thing for us is to think about this with four particular outcomes. The research recently published by the MIT Sloan Review talked about this.

Representation is the first outcome that you want. Of course, one of the aspects of DEIA strategy is for folks from marginalized communities to be adequately represented within the federal workplace. That includes people with disabilities.

The third is participation, and this is one of the more important ones. The reason we hadn't haven't made as much success or progress as we would like in the DEIA area is because it's primarily, and I'm just going to be candid and transparent here, primarily being viewed as a minority, kind of special interest affinity group initiative. And what we need when I talk about participation, I'm talking about participation in this with all levels of leadership and especially of people who happen to be white and male, right? We need them to be a part of this program, and they need to feel included. Now, we've got to meet halfway. Some of it is us and the way that we communicate these initiatives, and then some of it is maybe the identity group understanding that this is not about a threat to status, but it's about how to make us all better.

The fourth and final one is application. All too often, our plans are devoid of any connection to accomplishing a mission within our respective federal agencies. When you have people come in and do training, for instance, make sure that training is connected in some way, specifically, to that first-line supervisor and the things that she has to get done and how can she take that training actually apply it in a productive way to make her job, her life, easier with regard to leading her employees.

What is different with these executive orders than what has been the practice in the past?

One of the things I really appreciate about these executive orders is that it speaks to the problem head-on. It hasn't always been like that. To be quite honest, when we came out with the DEI strategic plan in 2014, it was tough for us to include any term such as 'structural racism .' So, that's one thing I really appreciate. And I understand that BiasSync was part of the consortium of stakeholders across the United States, including the NAACP and others, who provided input for EO 14035 and that some of what you proposed for race, gender, and LGBTQ, as well as data, analytics, and measurements made it in. I appreciate that contribution and the comprehensiveness of these plans.

One of the challenges is that sometimes when things are really comprehensive, they can lead to an abundant complexity. And again, sometimes people get into just dotting the I's, crossing the T's, and getting involved in activities rather than really focusing on making progress. That's also a key difference between these executive orders and past executive orders – there's so much here.

How does equity fit into the most recent directives?

I like the equity piece. I know some folks are getting a little pushback because equity to them means kind of a zero-sum game. That if some group is getting some help based on a legacy of historic racism, or discrimination, then somehow that threatens someone else's ability to be successful. So, the whole idea and the whole messaging around equity should be fairness. That's basically what we're talking about is recognizing, acknowledging that some groups have not always had a fair shot to reach their potential within the organization. And there need to be some measures put into place to help them gain the place that it doesn't create a zero-sum kind of effect on people that might be in the majority.

Given the complexity of EO 14035, what is a good first step?

What I advise folks to do is to really hone in on the one to three things that you can do that can really have some impact and everything else you'll have to get to later. Basically what I'm recommending is that folks apply the Pareto Principle, the 80/20 Rule.

If you aren't familiar with it, basically, Vilfredo Pareto was an Italian economist in the 1800s, and what he came across was a pattern throughout a lot of different systems. And this pattern is that it only takes a small number of things to have a substantial impact. For instance, if you own a restaurant, 80% of your revenue comes from 20% of your customers. If you're a supervisor or leader, 80% of your problems come from  20% of your employees. The whole idea is that a few small actions can have a big impact. So, what I recommend is find one to three things that you and your team really feel can have an impact and then focus and target your resources on those things.

How can those in DEIA engage senior leaders who have different priorities?

The fact of the matter is a lot of leaders don't necessarily get on board enthusiastically. It's not because they don't want to. It's because they have a whole range of other priorities.

The challenge for a lot of folks in our field, in DEIA, is that we think just giving the leadership information and data, we do the MD-715 slides like that's going to have some impact. You all know it ain't had any impact. They fall asleep in a briefing, and they just sign it. Half of stakeholders don't even get the original signature from the agency head; they're just stamping the signature they had three years ago. So, why keep doing something that we know is not resulting in any progress? It's madness.

We have to change it up. And the way you do that is, yeah, provide data that's compelling, but also tell some stories, show a video clip, get home about how this actually impacts the people that work within her organization, and then give your leader some concrete things that they need to do. All too often, when we talk to leadership, we say, yeah, so now we'd like you to communicate this, and we want you to talk about that. The three things that leaders can help you with are the communication part, the commitment part, and the accountability part. And the accountability part is it's not generally the leader at the top of the agency that's the problem. It's the folks right below the leader and below them. That's where the problem comes in. So what you can ask the leader to do is to hold them accountable for the things that she's been advocating.

It's communication, commitment, and accountability and also being able to have the leader model the kind of behaviors that you want. But if you approach it with that kind of template, if you frame it right, and you have a key message, I guarantee you'll have some success.

This interview has been edited for length and clarity.

To listen to the complete discussion, please click here. To learn more about BiasSync’s work supporting federal agencies with EO 14035, please reach out to our team.

For details regarding the BiasSync 8-Touchstone Equity Barrier Diagnostic Tool™, which was developed very specifically to meet the requirements of the executive order, click here.

To learn more about the BiasSync 5-Stage Inclusivity Roadmap™, which provides a step-by-step process on how to conduct an equity audit, click here.

Diversity is not just about numbers. It’s about people’s experiences in the workplace. If you’re ready to understand how bias impacts your company—with data to make effective changes, contact us now.